History of the Village of Buchanan 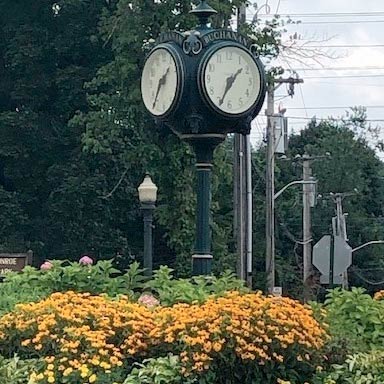 The area now known as the Village of Buchanan was originally inhabited by the Kitchawonke Indians. Stephanus VanCortlandt purchased 1000 acres from the Indians in 1683. The 1000 acres included what is now the Village of Buchanan. The property was passed on to Philip Verplanck, husband of Gertrude Van Cortlandt (granddaughter of Stephanus VanCortlandt) and in 1836 the land was sold for real estate development to a company of ten people, of whom John Henry was the principal, for $300,000.00.

In 1860 a tannery was opened by two gentlemen named Strang and White. Their company produced patent leather from sheepskins for shoes and leather for carriages and wagons. In 1872 Alexander Buchanan of Newark, New Jersey purchased the tannery, enlarged it and began making oilcloth. Alexander’s son, George, and his other three sons went on to develop one of the largest oilcloth plants in the country. By 1920, their plant and company, Standard Coated Products employed nearly 400 people. Much later the property was sold to Tensolite who made fine wiring for the space program. Presently located on this property is Westchester Industrial Complex.

In 1789 the Hamlet was known as East Haverstraw and in 1848 the railroad built a station at the end of what is now White Street. The station was later moved to Montrose and the hamlet was then named Centerville. Centerville was changed to Buchanan when the post office was established in 1890. George Buchanan was the first postmaster.

On June 19, 1928 when our Village was created it was named after the Buchanan family to recognize the great contribution that the Buchanans made. The first Mayor was Augustus J. Cole (1928-1934. First Village Trustees were Leonard Tuttle (1928-1934), Joseph Yafcak (1928-1935), Charles Brenning (1928-1935) and Arthur E. Conklin (1928-1933). Appointed at the first Village Board meeting was Village Clerk Harold Conklin, Treasurer David O. Henion and Village Attorney Robert F. Barrett.

In the 1920’s the Hudson River Day Line owned the property in Buchanan known as Indian Point Park. Excursion boats sailed up the Hudson River from New York City to Indian Point where people disembarked and spent the day. The park had a large swimming pool, dance pavilion, rides and a picnic area. In 1954 the park was purchased by the Consolidated Edison Company to build an atomic power plant.